Did you know that exposure to music instruction at a young age can increase neuroplasticity?

Check out this article written by  Jahnavi Gupta about the benefits of music education!

When I was about eight years old, an uncle gave me his old folk guitar after a schoolteacher started offering after-class lessons. Thus began a lifelong love affair with making music.

I’d argue every parent should consider investing in music lessons for their offspring. Learning to play an instrument doesn’t just give kids an opportunity to engage in an artistic pursuit and pursue a hobby they can enjoy alone or with others; a growing body of academic literature suggests it may also make them smarter.

I can attest to the fun part, at least. During lockdown, swapping digital files with the guys in my rock band kept me sane and productive, albeit without the energy and camaraderie of making loud noise together in a rehearsal room. Taking up an instrument and participating in online lessons can offer an escape for children who might be struggling with the social isolation imposed by the pandemic and its destruction of daily routines.

Plus, music is a chance to learn a universal language: In 2002, a pair of battered acoustic guitars, the Eagles song “Hotel California” and a few inhibition-reducing beverages made for a memorable evening in the Brazilian rainforest with a bunch of locals who didn’t speak English but knew all of the words. (I didn’t attempt the guitar solo.)

So I’m in favour of giving kids the opportunity to strum, hit or blow something musical. To get youngsters started on stringed instruments, a ukulele is a great choice. It’s small enough for tiny hands to get to grips with, and cheap enough that your buyer’s remorse won’t be too painful if it ends up gathering dust in a cupboard. There are even pricier electrified Les Paul versions available if your offspring is ready to start channelling their inner Slash.

Technology has also made piano and drums — two of the main instruments kids are most likely to respond to — much more accessible than in the past. Unlike the enormous wooden furniture models of old, today’s digital keyboards are cheap and portable, plentiful on the secondhand market and just close enough to the real thing for you to assess whether junior has the chops to become the next Elton John.

Electronic drumkits are also plentiful today and far more affordable. A set plus headphones make it possible for a budding Keith Moon to practice their paradiddles without sonically savaging the rest of the household — and for mom or dad to let loose their inner Karen Carpenter or Phil Collins once the kids are tucked in bed.

In terms of how to learn, one-on-one lessons are by far the best way to progress, and you’d probably be helping a musician pay the rent and the bills by employing them to teach your child. But YouTube offers a wealth of instruction videos for all kinds of instruments and levels if tuition is too costly for your budget.

Now to the developmental benefits. A five-year study by the University of Southern California published in 2016 found learning to play music from the age of six or seven boosted development in areas of the brain that deal with reading skills, speech perception and language development. Exposure to music instruction, the study argued, produced a physiological change in the brain, increasing what’s called its neuroplasticity.

Those results are echoed in a study just published in the Frontiers in Neuroscience journal, in which researchers tested 40 Chilean kids aged 10-13. Half were musicians, defined as having had at least two years of specialist musical tuition, practising for a minimum of two hours per week and regularly playing with other musicians. The other 20 had no additional musical instruction apart from what their schools taught as part of their regular curricula.

The children were hooked up to a machine that measures brain activity by detecting changes in blood flow, shown an abstract figure and played a melody, each lasting four seconds. They were asked to focus on both, one or neither of the pair of stimuli, then asked to recall both. While reaction times were similar among both sets, the musicians did “significantly better” on the memory test. According to the study, that can have life-changing implications:

Greater cognitive flexibility is associated with favourable outcomes throughout lifespan, such as higher resilience, improved reading abilities in childhood, higher creativity, and a better quality of life.

So there you have it. Get your kids to learn a musical instrument and they’ll be in with a chance of a better quality of life. I’ll leave the final word on the topic to Leonie Kausel, one of the neuroscientists who authored the Chilean study and who also happens to be a violinist:

I think parents should not only enroll their children because they expect that this will help them boost their cognitive functions, but because it is also an activity that, even when very demanding, will provide them with joy.

(This story has been published from a wire agency feed without modifications to the text.) 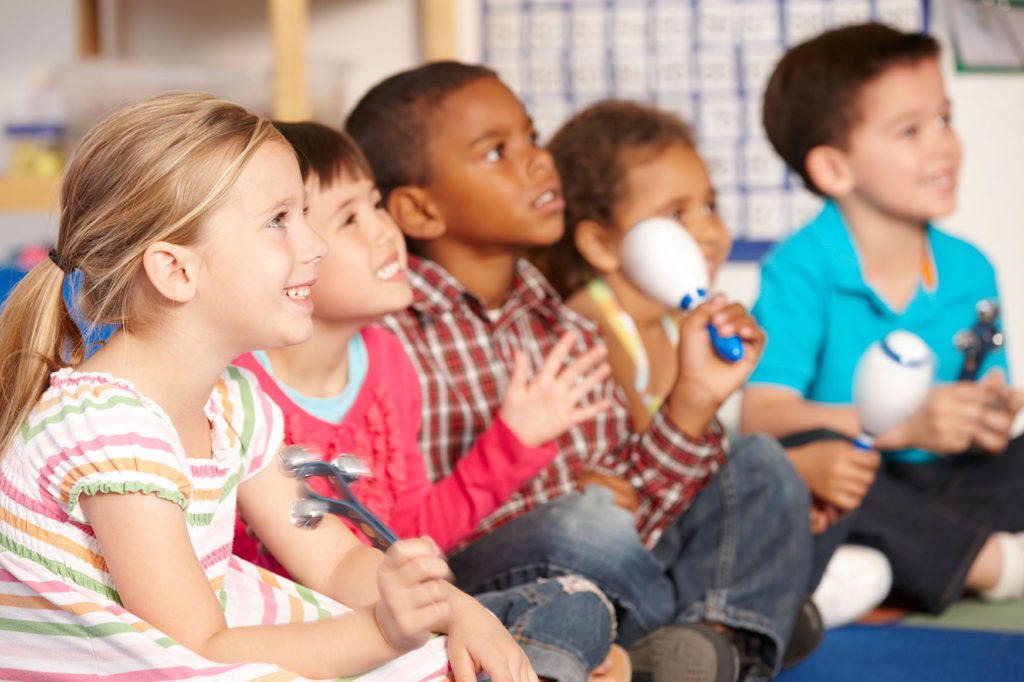 Try a Preview
Back To Press Articles