Mission Accomplished, Thanks to QuaverMusic

This is a tale.

A tale of two cities.

This is a tale of two cities with a single mission: To reach and teach students in two of the largest school districts in Texas while classrooms are closed and schools are shuttered.

Relying on cutting-edge technology, superior content, and their own creative dexterity and resilience, these Texas educators are bringing teaching to life in a way that they’ve never had to before.

They’re also disproving the once-popular notion, previously held by many, that technology is pulling us apart and isolating us from each other. Nonsense!

If anything, technology – when utilized efficiently and strategically – is bridging the gap. Closing the distance. Creating a stronger sense of belonging and shared purpose between teachers and students and amongst parents and their children, especially important as students across the USA continue to learn from their living rooms.

In fact, technology and music create the perfect combination in this imperfect world of mandatory shutdowns and cancelled classes simply because, as veteran teacher Elizabeth Ottmann describes it:

“Music speaks to people’s hearts like nothing else can.”

Ottmann, a music teacher at Kahn Elementary, in Dallas, is using Quaver’s SEL curriculum and music curriculum to reach and teach her students during the shut-down. The transformative power of technology, combined with the healing power of music, creates the one-two punch that delivers the TKO to stress, anxiety and fear during this crisis. But you have to know how to use it correctly.

Ottmann, who is distance teaching her classroom students and her own two children, Ava, 6, and Titus, 9, from the living room of her home, sees Quaver’s technology as the tool that helps her bridge the gap and make the critical connections during these difficult days.

“Quaver’s curriculum is huge – there’s so much to offer – but the staff works hard to make sure it doesn’t feel overwhelming to the teachers,” she says. “During a time when all of us – students, teachers, parents, kids, all of us – are so overwhelmed, it’s reassuring to know that the people at Quaver want us to fully appreciate all the resources we have at hand.”

A music teacher for nineteen years, Ottmann says she’s grateful for the webinars Quaver has been hosting during the shutdown. These informative webinars are helpful to her now, of course, “But they’re also preparing me to face the fall and the future with more confidence,” she says. Still, the curriculum itself is precious to her.

“My students love the interactive lessons, because they’re just that – they’re interactive — and they help them feel as though they have a direct, sustained connection with the outside world, which is so important as we isolate at home,” she says. “But this is nothing new to Quaver – this is what they’ve been offering all along! Only now, we’re able to utilize the technology in a way that we never have before! We needed it before. But we really need it now!”

Quaver’s SEL curriculum creates meaningful connections with her students, she says, “even during the shutdown.”

Teacher Claudia Salazar reaches and teaches her students from her Houston home.

In Houston, elementary music teacher Claudia Salazar, who’s been a music teacher for 16 years, is using Quaver’s innovative SEL curriculum at Wharton Dual Language Academy to soothe, calm, and even entertain her students during the shutdown. When it comes to teaching, Claudia has found the perfect recipe … but there’s one ingredient that she says must always be included: FUN!

“No matter where we are, or what we’re doing, we need to remember that learning should always be fun!” she says with joy in her voice. This is when Quaver comes to the rescue yet again.

With the help of her 10-year-old daughter Paloma and 8-year-old son Daniel, both of whom acted as camera operators and production assistants, the veteran teacher and accomplished musician performed Quaver’s popular SEL song “You-Nique” on YouTube … and she says her students absolutely loved it!

And because Quaver’s curriculum is so highly adaptable, Salazar was able to perform the song in Spanish by simply muting the existing lyrics and recording over them in Spanish.

The video, which will be broadcast on PBS and is being used by the Houston ISD (Independent School District) “is receiving lots of positive response,” says Salazar with pride.

“Since a large portion of our student population is Spanish-speaking, it really allowed me to create something, with Quaver’s help, that allows me to reach my students in a way that celebrates our culture, connects with them in a deeply personal way, and still remains true to the original content and meaning of the song.”

“I Could see her Stress Just Melting Away.”

School counselor Valiza Cameron-Patterson of Solar Preparatory School for Girls in Dallas remembers the precise moment that a Quaver SEL lesson brought a student’s stress level to a standstill.

“This student struggles with communication, and it had been a very difficult day for her,” Valiza recalls. “But when we used the emotions cards, and I placed my cursor directly on an emotion she was experiencing, she was able to identify how she was feeling without having to speak. It was a breakthrough. During a difficult day, we had the tools for her to communicate in another way entirely. I’d been to a training session on trauma and I’d already planned on getting the Feelings Cards, but that moment took us to a whole new level. I could see her stress just melting away.”

So during this school shutdown, technology IS the bridge … between good days and bad days. Between verbal and non-verbal communication. Between anxiety and calm. Between different cultures and various ways of living, learning, and being.

Yes, this is a tale of two cities that are geographically distant, culturally diverse and technologically distinct … but when it comes to using Quaver in their quest for educational excellence, they are far more alike than they are different.

Kristin Clark Taylor is an award-winning author and journalist. She is a former White House communications strategist and a fierce advocate of the arts. 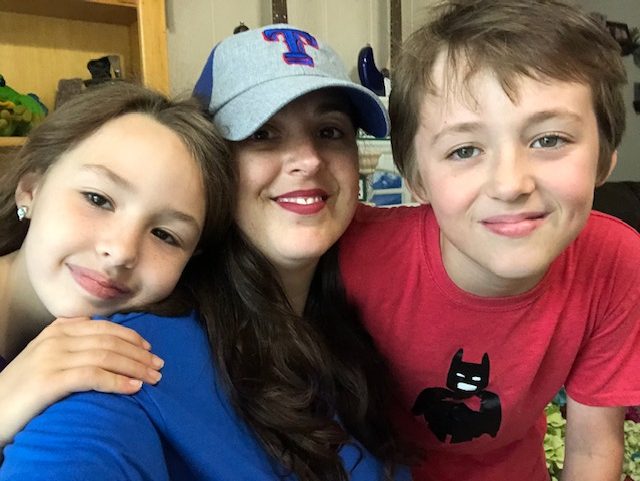 Try a Preview
Back To Teacher Voices Articles